Tobin Dale is a Nashville-based rock and roll guitar player and vintage guitar enthusiast. He recently shared with us his experience practicing the Transcendental Meditation technique and how it has helped him with his mental health.

How long have you been practicing the Transcendental Meditation technique, and what inspired you to learn it?
I started about 5 years ago. As a life-long Beatles fan, I was aware of it, of course, but it always felt foreign to me personally. I noticed a sober friend of mine, who struggled with many of the same things I did, had made a noticeable change in his demeanor. He seemed not just happier but more complete, and it was obvious just by being around him for a short amount of time. I asked what had changed, and he told me he had started practicing TM. This was the first time I could really see the benefits of meditation firsthand, and I wanted in!

What was your perception of meditation in general before you learned the TM technique? Did that change after your first few experiences meditating?
Initially, I thought of it in the same terms as religion; I respected other people’s beliefs but had yet to find anything that had worked for me personally. When I began to practice TM, it became clear that it was much more an inward journey and not an organized religion. It helped me connect with my own spirituality without being dogmatic and it fit in perfectly with my lifestyle.

What are your 3 favorite “tools” for a healthy and happy life?
I think having an outlet like playing music has been extremely cathartic for me; in fact, one of the reasons I chose to pursue it as a career was it was one of the best cures to the depression I’ve struggled with my whole life. TM has become another indispensable tool in helping me sort through these issues. The third has been therapy. I was afraid to seek help for a long time but only recently decided to see a professional, and the benefits were immediate. I can’t recommend strongly enough that anyone dealing with depression, anxiety, or any other mental health issue find someone they trust and speak to them regularly. It’s not always the first person you chose but, eventually, you find the right fit, and it can change your life. 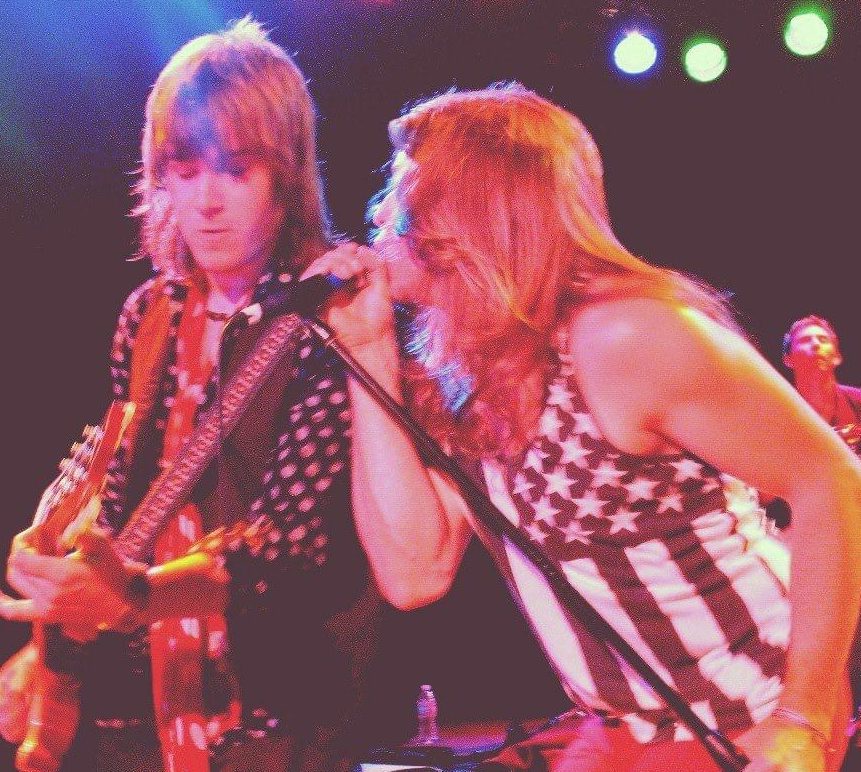 Could you speak about how your TM practice has helped with your depression and anxiety?
Depression has been something I’ve struggled with my whole life. As long as I can remember, I’ve been medicated, either professionally or effectively through my own substance abuse, but I never felt like it was really the best way to help me. After I got sober, I felt like there was nothing helping me fight the demons I was trying to keep down. TM didn’t take my depression away, but it helped make it feel so much easier to cope with and overcome. The hopelessness I felt for so long hasn’t been a problem. I, of course, still have days where I tend to spiral, but if I can practice TM, I find it a lot easier to pull myself out of that headspace. Anxiety only became an issue later, as I got farther along in life and felt like I had more to lose. TM is the most effective way I’ve found to stay in the moment and not get carried away worrying about things that haven’t happened yet. It’s a great “pause” button and has made life a lot more enjoyable for me and my wife!

What are your passions? What does a typical day in your week look like?
Music is of course my biggest passion and has influenced every aspect of my life. In normal times I split my time between being a traveling guitarist, both with my own bands and as a hired sideman, and following my other passion, which is buying and selling vintage guitars. Since the pandemic, I’ve relied heavily on the latter but a typical day for most of my career has involved learning songs if I’m home, along with many hours of travel leading up to a show. Since I learned the TM technique, I’ve tried to complete my second 20-minute session of the day right before going on stage as I find the added focus and energy I receive really benefits my performance.

Can you talk about the biggest successes and failures you’ve experienced? What did you learn from them?
I consider both of the big moves I’ve made in my life to have been successes. Without family or a built-in friend group in either city, it really felt like starting over each time. To be able to find myself, standing on my own feet, and actually working in the industry I chose, on my own merits, is something I’ve been very proud of. It’s opened the door to some thrilling moments that are the highlight of my professional career and my personal life. There were certainly failures, as well. I struggled with alcohol dependency for several years and found it difficult to maintain focus on my real goal, which was to succeed as a musician. I can point to the time I finally made the decision to get help and walk away from drugs and alcohol as the biggest turning point for me, and while this was a low point, the lessons I learned have helped me reach the later highs, so I don’t regret anything. 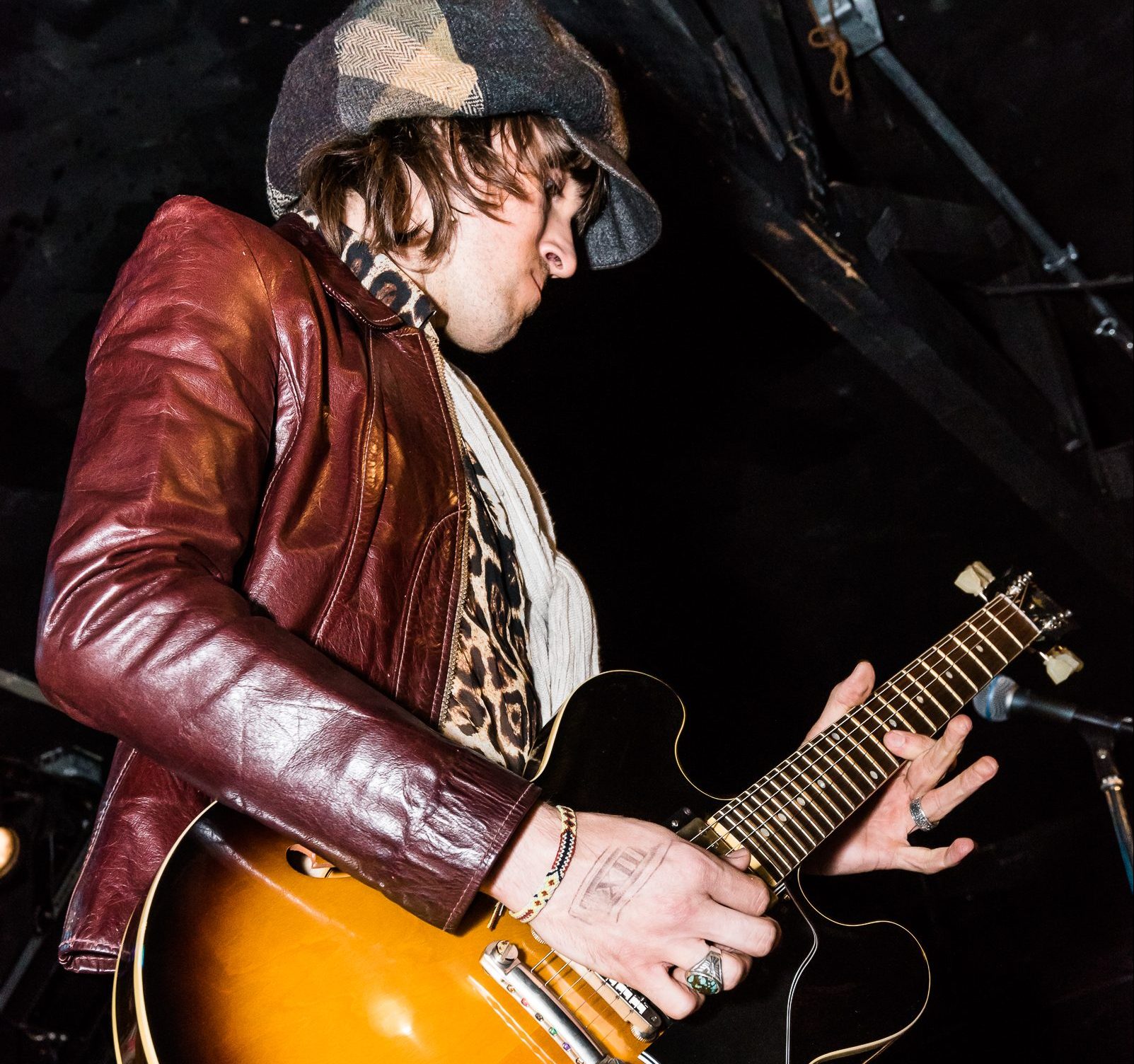 If you could give a person one piece of advice when thinking about pursuing a life/career like yours, what would you tell them?
I think anyone thinking of pursuing a career in music has to be ok with the idea that it’s always a bit of a struggle, so you have to enjoy the whole process. The tendency for a lot of people is to have high expectations, but to truly succeed, I think you have to be motivated by a genuine compulsion to play. Regardless of money, travel, success, any of those other things, the idea of spending your life playing music has to be reward enough for you. When you accept that, everything else is just an added bonus!

Finally, do you feel that the TM technique has helped you accomplish your goals? If so, how? Absolutely! The most obvious way is that it’s helped me keep my goals in perspective, and by pausing to reflect, I can acknowledge the progress I’ve made. I tend to charge forward and never give myself credit for things that happened yesterday, but TM keeps me much more focused on the present. I also think it has helped me stay sober and focused on my goals, as well as energizing me and improving my confidence. I genuinely wish I’d begun practicing much earlier!

The five spiritual faculties: freedom in every moment

Donald Trump as a Buddha

In case of self-doubt, remember who you really are